They're both tired of me.
I can't say as I blame them.
20 years of my insanity
has got to wear on a person.
Especially if you are only
one of two persons who
deals with that insanity.

They don't get me,
as well they shouldn't.
And by extension,
don't get anything that I do.
They can't keep saying,
"Good job, Cyd,"
When they can't see my vision
and they don't get my goal.

And it is really unfair of me
to keep demanding of them
that they keep validating me.
Not when I don't remember
the validation, only every
negative thing ever uttered.
Because that's how my mind works.

And it was me that brought them here.
No one helped me but them.
Doc will buy the materials.
But, when he won't, they will.
They actually want to see what
I will do next, what I will make.
And I haven't been treating them right.
That changes tonight.
Every comment answered.
Every promotion retweeted/shared.
No more political garbage.
It's past time I abandon that
negativity in my life that
I just so really don't need.

It isn't that it's all about me.
It's that the things that count,
will be all by me, and for me
until I can stand on my own again.

I can still remember a time,
(surprised I kept this memory),
when people of various stripes
told me regularly how incredibly
strong and resilient I was.

I've been living on my weaknesses.
Breathing in my triggers.
I switched back into serial-victim mode.
And it is not a good color on me.

I need to find that fearsome survivor
that lives deep down inside of me.
In the dark corners, under the mattresses
strewn on the cold time floors of
my battered mind's green rooms.

She needs to get up.
She needs to wake the fuck up.
She needs to put on a t-shirt
and her favorite pair of holey jeans,
and maybe, just maybe, apply
a little kohl while listening to
"Cherry Bomb" on repeat really loud
at three in the morning because she can.

While sitting passively, complaining,
and whining, and bitching, and moaning;
I have managed to master a few programs
on the ever present computers.
I have come to the conclusion that
there is never enough time in the day.
I never knew that before.
I was such an underachiever.
Now I know the difference.
Now I know what I am capable of.

Now I am striking out on my own. 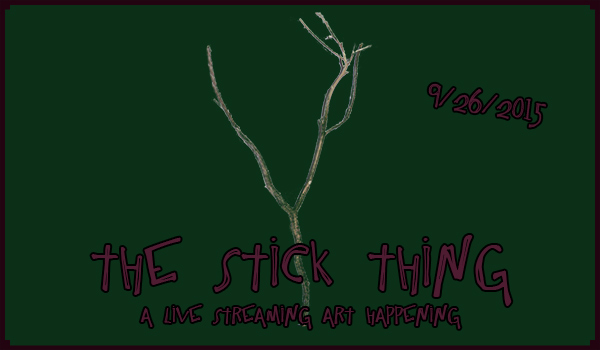 It's 2am and I just finished the housework. I spent an hour in the kitchen yesterday, under the silly illusion that it would stay clean but cluttered for a couple of days. Right. I forgot I live with a teen ager in a man's body. Hardly any dishes to do, but much scrubbing of scungy counters and stove burners. I also cleaned out a corner dominated by empty cereal bags, which he reuses to marinate meat in. There was a wire basket under all of them. So I emptied all of the cereal out of all of them and folded them in half and put them into the basket in an orderly way. I moved the "biscotti" container to the corner. It is an implausible place to actually use, and we never drink the tea stored in it. Everything got scrubbed.

Then I played laundress. And litter box emptier. And floor cleaner. And I don't know what else. It took four hours. With the exception of Doc's "zones" (areas of the house he has taken over and crapped up, as I was warned husbands are wont to do), the house is clean. So clean. I took my Latuda late. So I am filled with fidgety energy. Now I'm trying to settle down to get some Photoshop practice in before I start making broccoli cheddar soup and text Doc about cat food, cream, and I forget what else. Cat food and cream will do. I can still make the soup without it, it is meant to be added at the end, after the roux has done its thing and the cheese is melted. Instead of chopping the broccoli and steaming it, like I normally do, I'm going to chop it and then add it to the roughly diced onion and saute them together. That will make them just tender enough that they won't break up in the soup, but will be fully cooked.


I also should roast Doc's peppers, as they are going bad as soon as he brings them home. Once they are roasted, I can keep them sealed up in the fridge for at least another week, while he enjoys the treat of roasted tri-color peppers. If he got me an aubergiene, I could make him such a sandwich. I used to make it at the Pourhouse Cafe. Oven roasted vegetables, on baguette, with a balsamic/sesame vinaigrette and some fresh, paper thinly sliced onion and crumbled feta cheese and a shmear of roasted garlic humus. I had a good menu there. It was fun to do. I had very limited space, and almost no refrigeration or freezer space, and less pantry space. I had no stove, I had an electrical 2 burner hot plate. And a bitchen convection oven. We had a microwave, but unlike the people who worked the kitchen in between my tenures there, I only used it when I had to. I would schedule the hot prep for right before dinner, so that I could make it and just put it in the convection oven to heat it a bit more.

Okay, on to a Photoshop session. No more than two hours, then I cook. The one I wanted to do tonight, ended up being a dead link. I was heart broken. So I'm trying to find another like it. There are always three things to do things. It's just finding the 2 of the them who will let out the secret and not put you through any bullshit to do them. Some people just plain lie on Pinterest. Or they "MacGyver" the tutorial, leaving key things out; like, you need a professional kitchen, or you need a full on Wilton cake decorating kit, or, take the molten plastic out of the glass mold while it is still hot, or face a husbandly freak out when the bowl cools down and the melted thing becomes one with it.

Have a good morning.