I'll own that. I did so much yesterday that I plum wore myself out. Every time I feel so . . . so . . . capable, awake, alive, aware . . . I completely overdo it and assume the feeling is going to last forever. It isn't quite mania. It kind of is, for me, I'm such a layabout, but not really in the clinical sense. I did a lot yesterday. I not only cleaned the house, I did a lot of computer stuff. Stuff. How professional sounding. I had two bosses tell me that. One as a receptionist in an OB/GYN office (that I was let go from for being too "casual" - my $250 Laura Ashley dresses were just not good enough for the 80 doctor who's Caddy was trimmed with actual gold); the other in a cube farm for a big health insurance company, where I got to see just how badly they jerk around the doctors. You think your insurance company fucks with you? They are just trying to get money from you, think about if you were trying to get money from them with the attitudes they have. They don't want to pay a cent to providers, and will do anything to complicate their lives and keep from paying them. Stuff. What do you want me to say. What is all encompassing for "all the shit you didn't want to be bothered with that is too diverse to lump into a work-vocabulary-category-box for you," besides "stuff?" Things? I don't like that word.

I really hated working outside of kitchens. I really really did. You know why you talk to customers when you are a chef? When they really like you and they want you to come to their table. You don't see them when they think you're shit, because it's the front of house manager's job to intercept that kind of thing and tell you in the privacy of the kitchen, where you won't lose face. Kitchens were nice. They were clean and orderly. Everything went in its place. Everything was labeled, counted, weighed, measured. There is a whole lot of zen in a well-run kitchen. Watch "Rattatoullie", you'll see.

I was going to start a painting project at noon today. I'm now waiting for Doc to wake up so I can turn on the light and bring another light in here to actually do the project. I got Photoshop installed, and my filter program. I just have to install the 400 fonts.

I just discovered the bliss of spreading a light layer of soft butter on hot strawberry frosted toaster pastries. Nom, forever nom. And they were frosted white, with red and green sugar sprinkled on. They reminded me of Christmas. I think I'll be more in the spirit this year than I was last year. I have over a thousand lights to put on the tree. And so many ornaments. I might also do the small tree.

I'm expanding the Furbaby Shrine. We have memorial items on atop a Japanese lacquered black wood and paper cabinet, that sits on top of the antique buffet/sideboard we use as an entertainment center at the end near the computer corner. But it has gotten crowded, with our two losses this summer. For two cats, all we have are framed pictures and the t-shirts they were wrapped in when they were sick. For others, we have urns, or wooden boxes of ashes, along with presentations meant to be framed and hung. So I'm going to pin the tshirts to the wall, and hang the pictures and memorial items, like cards from the vet and clippings of fur mounted on linen paper under heavy mylar. That will leave the top of the shrine less crowded and we can add an incense burner and candle holder to it. We agreed it has been enough time that we can celebrate their lives by displaying their moments with us along with the pictures and collars and footprints in plaster. So, that is my big plan for tomorrow. I have tidied and decorated the other half of the room, the half I have to look at. I have a bit more to do with it, but I don't want to spring it all on Doc at once.

Just hung some pictures of the pets on a blank wall. I will be bringing more of my art in from the studio, photographing it for printing purposes, and then hanging it in here, there are too many blank walls. Made the accessories on a shelf symmetrical. It really helps my peace of mind. My goal is to get rid of the shelf I organized, altogether. I learned how to make book ends out of vinyl albums, so I have a really neat idea for a more modern arrangement of the nic nacs. No so symmetrical. Doc brings home all manner of furniture that we build on top of other furniture, and most of the time it works. This particular shelf has never worked for me, and to my way of thinking, actually wastes a nice shelf space that it is sitting on. And it could be useful outside. I have all of my arguments ready for Doc, for when I bring it up.

I wonder if I can get him to go to the thrift store tomorrow. I need a loaf pan. Cheap, rusty, don't care. Not going to cook in it, just need it for a fool proof way to make even book ends out of records without measuring and doing math and marking the record up. I watched a brilliant video on it yesterday. I also found a tutorial on how to make a wine rack out of records. That would help Doc a lot because he buys his liquor in bulk to save a ton of money on it. He doesn't drink that much, so he can afford to wait for the big sale on 9 bottles and shit like that. And he only drinks vodka and whiskey, no bourbon, no, I don't know. It smells.

So I have all of these wonderful ideas of things that I can make for holiday gifts this year for my friends, who I don't really have any of. But I'll make stuff anyway for the few friends I have and any I might make along the way.

Oh, and Doc gave me tentative permission to take the buses Downtown. If only that were all I needed. I need moral support. That is a fact. I will be so scared, and then so high from performing, and so scared again of maybe having to talk with people, with the way I look, I'm quite likely to get on the wrong bus home or some other stupid dren. I'm glad he's coming to a place where he is starting to trust me and understand that I need to be on stage again. We had a very uncomfortable discussion about inspiration striking and his attitude of striking back, instead of going where it takes you, and just . . . argh. He's not an artist, he is a pragmatist. And a stubborn one at that. 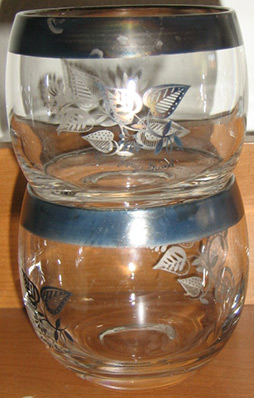 The glasses with the designs in sterling. With the flash you can actually see that, but in normal light, they look black on the outside from tarnishing. 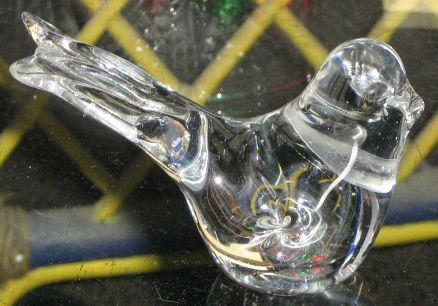 And this is the glass bird I wrote so fondly of. 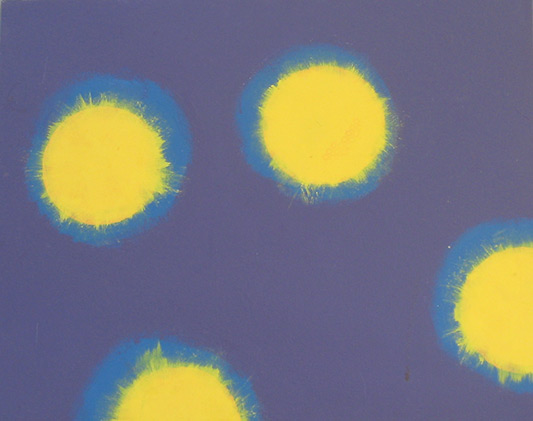 A painting from long ago that I did that I absolutely love, and in my own way, named for my younger sister.

This is the last mix tape anyone ever gave me. 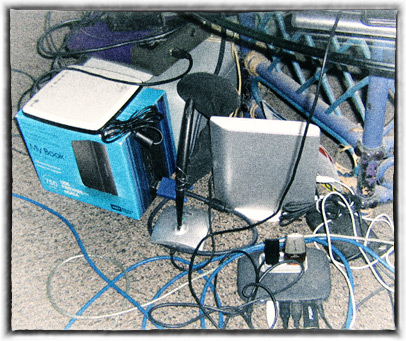 This is the hardware clusterfuck that was at my feet. I've got it all sorted and safe now. I thought I'd add a Vintage/Nostalgia filter with no real tweaking to hide that obvious fact. It's irony, Alanis.
Collapse