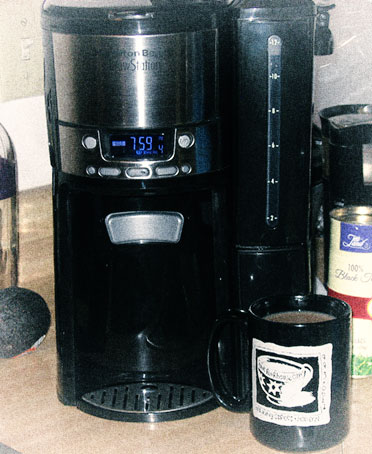 I got a new coffee maker today! It even brews iced coffee! So excited. And Doc and I have taken a very important step in our relationship: we have purchased a major appliance. A clothes washing machine, to be specific. Actually he bought it. He socked the money away and decided what to spend it on. I'm so excited. A real clothes washer. Maybe I will be able to find all of my clothes that my oddly clean room has seemed to have eaten. Then I can wash them!

Felix is this long. And this twisted. Usually he sleeps in the plastic wrap/foil/parchment paper/ziplock bag cupboard. But since it heated up, he's been found on the back of my couch. Vader is a fixture on the bottom of the cat tree. He won't even contemplate going out while the sun is out. Freddie and Simon will go out for a few minutes at a time. Teeny went out today while I had a cigarette and she ran to the back of the yard and back and was panting. This tiny little black cat with her, surprisingly long, pink tongue sticking out. And she was meowing at me to make it stop. I tried to catch her to bring her in, but she just played chase with me. 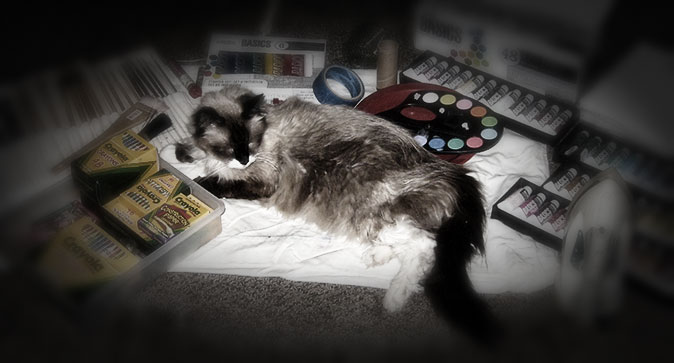 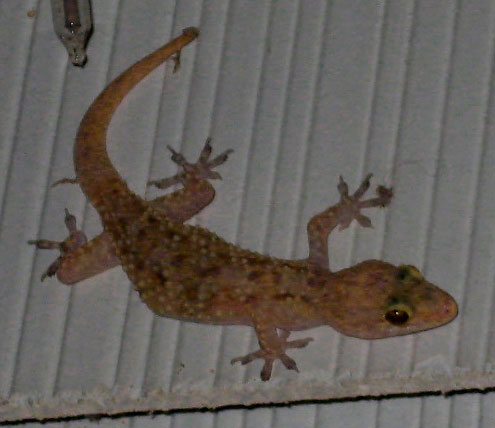 This is Izzard, he was nice and posed for me while I got the camera within two feet of him. He allowed one photo before he ran up into his house. With the post processing I did to bring out his faint markings, he doesn't look albino in this pic, but he is. Like I said, I just wanted to bring out his markings, which are as beautiful as any full colored desert lizards we have. 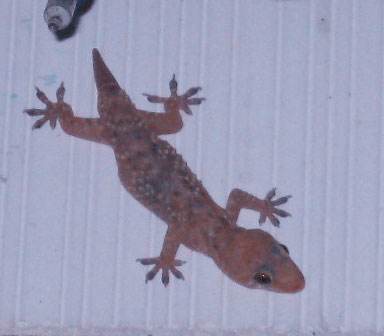 And this is Iggy, not so processed. He seemed stunned by the flash and didn't move for the longest time after I took this. I think it was nice of the boys to come out and pose for me tonight. It's nice to have good hi-res pictures of them.

I'm going to go work on poetry for real, now. I have no excuses. I'm high, TV is crap, Doc is asleep. I have a half pot of coffee and the next one I brew will be in the new coffee maker.

Oh, and girls, some men are good at buying under-things. Doc always gets me cool underwear, and he got me a bra a couple of months ago, and it didn't fit me, was too small. I've lost 10-15 pounds since then, and I tried it on today, and it fits! It's the first bra that doesn't crawl up on me in the back, allowing my boobles to sagify. It keeps them right up there. Yep, there they are. The underwires are kind of cutting into my ribs, though, is that normal? I've never had a bra that fits. I used to work measuring and fitting women with bras. But it's a different thing to measure yourself. I could just take the wires out. The cups are molded/padded, so it looks like there are boobs in it when there are not. My boobs like it. Full support. And Doc did it. All by himself. A far cry from the days when he would buy ten bras and bring them home for me to try on or nix the design of, and then return the rejects.