This is a proper nothing of a day. Doc and I are sleeping/napping in shifts. I'm up, as you may have surmised by now. He's got the dog on his chest and is snoring away. Doc is snoring, the dog doesn't snore. Two of the cats snore and Boomer wheezes, but not the dog. He just makes guinea pig noises when he dreams.

Okay, so the house is covered with post-it notes. It hasn't improved anything. i just ignore them. So I need to work on that. I read this article yesterday that tests in mice have shown that during cognitive symptom displays, the brain waves in mice is disturbed. They go all over. So though they aren't into human trials yet of any drug, they are thinking that knowing what they now know, they may finally have a way of finding a way to turn off the cognitive symptoms.

To be honest, they are the biggest problem when I'm properly medicated. i have a few negative symptoms, like my issues with hiding and never going out and personal hygiene. The problematic symptoms are the positive ones, paranoia, hallucinations, the well known ones. And the Seroquel keeps those under control. So I have three sets of symptoms, five sets if you count the depression and anxiety. And I only have effective medication for three of those. Medication has only been invented for three of those.

If you try to control both positive and negative symptoms of schizophrenia, you end up with a zombie for a patient, with more cognitive issues than if unmedicated. We did that with the Haldol. I had to be helped in the shower while I was on that. I couldn't cook for myself. That was just a really bad time that Kelli and I joke about now. Doc and I don't joke about it. He's the one who had to take care of me those years. It's still too close to him.

I just want to be better for a while before my brain turns to mush.

The laptop is behaving, mostly. It overheats after two episodes of "House of Cards", according to Doc. As long as I only use one resource heavy program at a time, it doesn't overheat on me. We're going to take it somewhere and get it looked at and see if there is a problem with one of the fans. It's a pain in the ass not being able to have all my programs I need open at once so I can switch between. I mean, that IS what Adobe Bridge is for.

Okay, I need good vibes tonight. Doc is taking his main scooter over to B's to get fixed, even though they disagree on what needs to be fixed. And then he is leaving it there and taking the bus home. Good vibes for the scooter not getting stolen, or B getting drunk and taking it out and wrecking it, as he has done with other commissions. He's got some obsession with the big-ass truck. He wanted Doc to put the scooter in the back and bring it over. Still not legal, bud. No bueno. He claims to hate cars and consider them inferior to all two wheeled transportation, but if you've got a car, he's all over you.

There is this program on the web, I don't know if you know about it, but if you love youtube, you may love this. It's called "Flvto" and you can use it through a web interface, or download it for free. You paste in the URL of the video you like, and choose which format you'd like, I always use mp3, and this clever little program will leave the song on your hard drive, ready to go into your play list. I couldn't survive without this. For live content alone. I would actually pay for this program, but it's free!

First, my living room, right after I vacuumed: 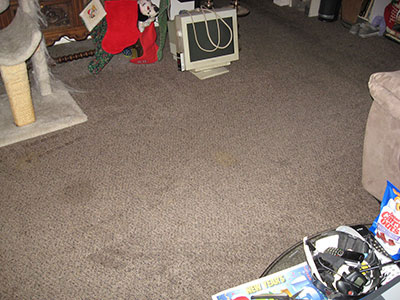 Next, is my living room, one half hour after the first picture was taken, give or take a few minutes for them to determine that yes, I had put the noise thing away: 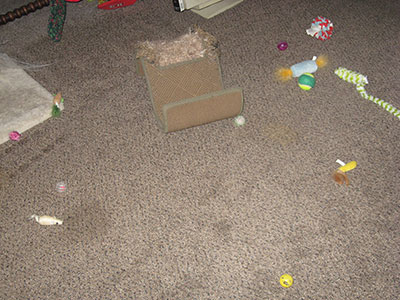 Tell me again who runs this house?

I'm so sad, I made Doc upset. Not angry, kind of sad. There's this Madonna song I've been listening to, "Nothing Fails" that I really want him to hear. It's a really cool love song, not at all Madonna-like. He's been putting off playing it, so when I got a hold of the laptop and the TV remote at the same time today, I played it. Or, started to. He said, after the first few notes, "So, Madonna listened to Ani DiFranco and this is what she came up with?" And then he got really upset and said he didn't want to hear it and stormed out of the room. Then he came right back in like nothing had happened, but he had REALLY hurt my feelings, so I was sulking.

In the spirit of his mood handling, I squashed down what I was feeling and helped him get the scooter ready to go. There is a slow leak in one of the tires, so he has to fill it up before he leaves with the air compressor. And though it's only 100 psi, the hose/gauge thingy is meant to be used by two people or one person with both hands on the same side of their body. Then, before he left, I got out my black duct tape and reattached a body piece to the side of the floor piece that was loose in the most punk rock way I possibly could and still get away with it. Doc's not a hippy anymore, like he was when I met him, but he's no where near being a punk. Or any other kind of rocker.

He likes Julia Nunes. She's really popular on youtube. I like her, but I'm not overly fond of her music. He paid into a kickstarter for her and he's getting a ukulele and her new CD. I was really happy that he did something purely for himself. Everything is always about me. I don't like it any more than he does. I'm glad he's found something he likes all his own.

Here's a couple of pictures of Her Highness, The Princess Teeny 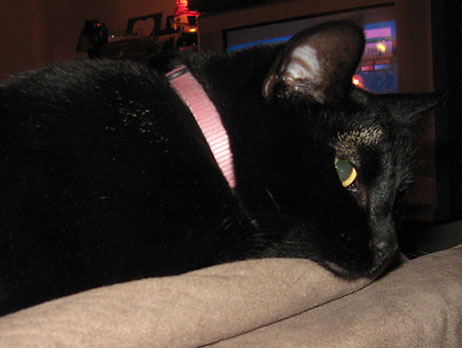 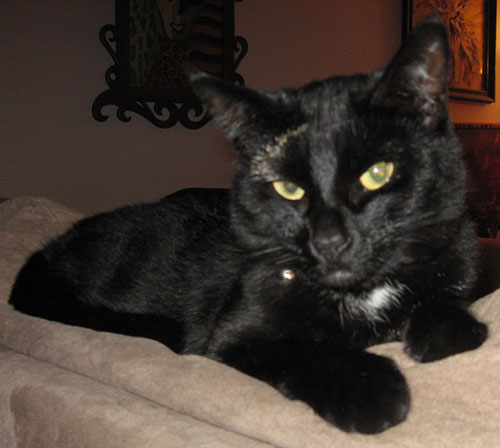