i got a weird night of sleep. no dreams that i remember, but i woke up at 1 and had a cigarette outside. i woke up in a good mood, though. which doc is quickly killing. stupid little domestic things. ah, the joys of marriage.

there is no choice, we're going to have to take the chainsaw to the one cypress tree. it is so unruly. hand clippers just won't do it. we'll have to just run the saw up the sides of the tree and trim it down. i mentioned to doc that i can't get good sunset pictures anymore because of the cypress trees. and the palms in the corner of the walkway. we were nice when we trimmed them down before, but they took over again and it's time to be harsh. take them down to 6 or so fronds just sticking straight up.

i don't know what we're going to do with Tony. he is completely out of hand. He needs about two hours of chainsaw and pruner attention. He's rubbing against the house in the wind, which creeps me out. So it's time to trim him, too.

Kelli and I were talking about my scars last night. My arms, especially the inside wrists, are covered with long, garish scars from general mutilation and suicide attempts. i forget they're there. but people see them as soon as they see me and they judge me and i have no chance after that. i'm labeled crazy and that's it for their taste. they just get worse with age. the least little color i get on my skin from the sun, the scars turn bright white. so i have to keep the sun off of them.

no wonder they avoid me in the psychiatric hospital.

i've been playing on pinterest.com for the last hour. got a lot of photography tips. most are for far more sophisticated cameras than mine, but i figure i can learn something from them.

have i mentioned today that my fucking tooth hurts? we don't even have the money for me to go to the cheap doctor and have him pull it. though if i went in to see him, he would give me ten lortab. but i don't know that would help. only for a few days. then i would be in pain again.

i cleaned the boxes out of the dining room corner today. it looks so much better. i also put some stuff in the garage that was cluttering up the place. now if i could just get the china cabinet and table cleared off and have more appropriate stuff put on it. like books, and china. we have many plates and pots up out of my reach that could go on the dining room shelf. and look good. a fondue pot. and my orange dutch oven.

i was going to go back to sleep when i got up at 1, but it's 5 now and i would have to get up in an hour and a half. so i may as well stay up. it's easier now that i have a renewed interest in the computer.

tomorrow the lease goes to the rental office. YAY! i say again, YAY!

Chewy spent a full ten minutes trying to get out of the fence today. he tried digging, climbing, nudging. all to no avail. then he came back to me and sulked. then doc accidentally let him out the front door while he was working in the entry way.

i'd take a bath, but i want a hot bath and i have to leave enough hot water for doc. i could just curl up on the new couch and read. i'm not getting through my book very quickly. even though it is fascinating. we're moving into European history, the Dark Ages. The vampire sleeps through most of it, but does go and visit Florence and Venice during the Black Death. He's just emerging as a resurgence in classic Greek and Roman art and poetry is going on.

i finally cleaned off my Kindle. or, Doc's Kindle. I downloaded some thousand books to it and finally went through and got rid of the ones i didn't want to read. I have back-ups of them on Blue Max, so I haven't lost anything, just made the Kindle work faster. There's a lot of Plato for me to read. I had no idea he was such a prolific writer.

i missed the weather. they lie anyway. they have no idea what's going on. there's no wind and no clouds, so it's a scooter night. i like scooter nights. i like having both trucks in the driveway at night while doc is gone.

Okay, the time to pull volunteers out of Africa is NOT after they contract Ebola. I don't mean to be mean, but are they trying to start a pandemic? how many people would that kill off? I don't even want to think about it.

Chewy just peed in the hallway. *sigh*. I cleaned it up. I showed it to him and told him "no", but I don't know how much good that did. I don't rub his nose in it, that doesn't help. i just led him to it and let him smell it. the way he tucked his tail between his legs and slunk off, i knew it was him. 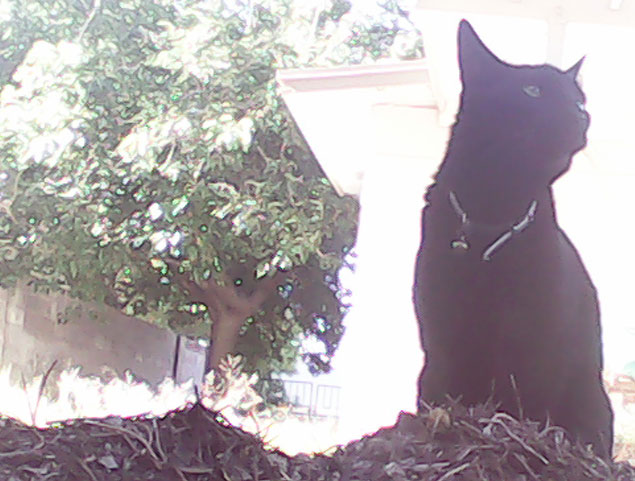