my fucking tooth hurts. it's going to hurt until it dies. i'm eating aspirin like candy. only eating soft food and chewing on the opposite side of my mouth. someday, my teeth won't hurt anymore. they will be gone, but there won't be any pain anymore. 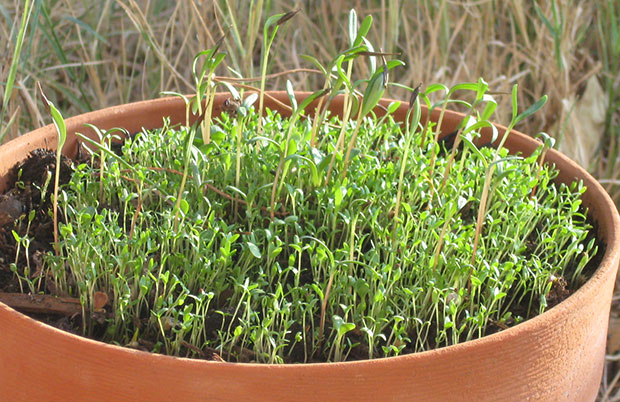 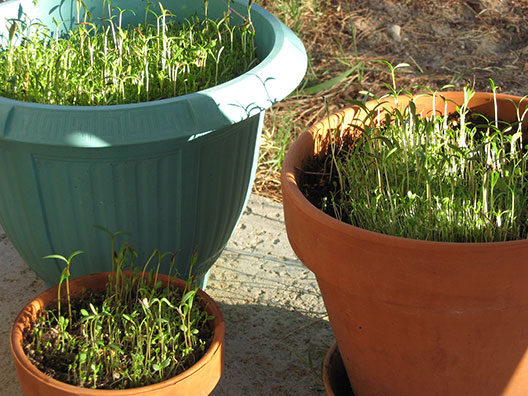 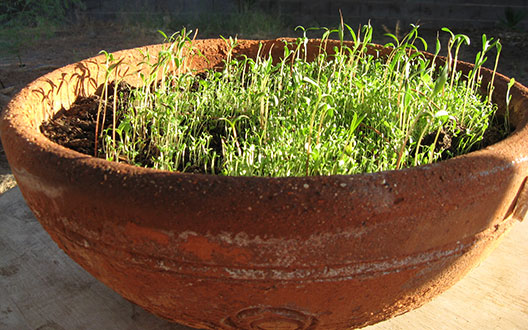 yesterday's feeling of desperation has left me. and my teeth don't hurt right now. you would think i'd be in a good mood. but no. i'm in a sick-of-all-of-doc's-little-flaws-and-tics mood. lucky for him, he's asleep. instead of being obnoxious and bitchy about it, i'm going to clean up everything i can, and then try to enlist his help when he gets up. his laundry is all over and there is no end of paper. old mail, new mail, coupons, sale ads. it's all got to go.

for my part, i need to clean the boxes out of the corner of the dining room. and start to clean out the mudroom. we want to set that up for foster kitties. and i'm sure i could clean the kitchen more. there is clutter i have been ignoring that needs to be dealt with. so i have my own things to do. move my shoes to my room, and my hip pouch. put the dog's sweater away for the summer. put the space heater in the garage. so i have things i can do while he sleeps. not a problem. then i can show him what i've done and it will prompt him to do his stuff.

okay, he's snoring. nothing will wake him up now. i'm going to go to work and get this house clean. we're here for another year and i want it finally put together and looking nice all the time. in spite of the animal toys all over the floor. there is just no avoiding that. they multiply.

Cheeky Hummingbird got into a fight with a larger bird today. And won. I was impressed, as was Evie, who wanted to eat both, just for good measure. Cheeky Hummingbird has been harassing her since she got here. Me, too. It dive bombs us. It has seen too much Hitchcock.

Outlook wants me to reinstall it. I looked up why my junk filters weren't working and that was the ultimate answer. What a pain in the ass. Can Microsoft make software work? Can they do that? Do they have the technology? Or are they just faking it?

I cleaned through my earlier discontentment. Then i lay down for an hour and then doc came home and we talked and hung out for a while and he went to bed.

Chewy is literally heartbroken that he can't get out anymore. when he comes out with me, he just sits on the doormat and stares at me sadly. in a couple of weeks, i'll put the cam on him and let him out for a run. but the daily escapes have stopped.

wow, doc went to bed an hour late. oh, well he went over to N's for a while. He needs his social life. and he'll be okay for work. I made him a whiskey and lime for a nightcap. I like it when he lets me make his drinks.

Jesus! Freddie is in the kitchen, howling at her blue sparkly ball. Major is in my room, howling at nothing. And Lelu is in the room across from doc's howling, for what reason I couldn't say. how doc can sleep through this racket is beyond me. of course, he could be about to burst from his room, hissing and growling at every cat he sees.

How do I convey the new-found joy of a fresh cup of coffee? Now that I don't drink it all the time, it's just a treat for me. And I went all the way New Orleans and heated the milk for a cafe au lait. Wow, this tastes good. This is the way beer geeks must feel with a new beer. If I had Starbucks right now and not store brand coffee, I would probably be unable to write for orgasming. the next time i'm at the super store, i'm going to get me some imported coffee beans. since i won't drink them all up immediately, it will be worth the money.

i just combed my hair out and tied it back. it's all smooth until the ponytail, which is all frizzed out. stupid humidity. it's not even going to rain until this weekend, but the moisture in the air is going to stay with us through the amazing heat this week. stupid. Meanwhile, on the mountain near here, a road was washed out again by the past storms. I don't know why people live up there, fires, floods, pestilence, it's all so much to handle. And then it gets all snowy up there in the winter. Strange place for people to live who move to the desert.

MMMMMMmmmmmmm . . . School supplies are on sale. I have this thing for school supplies and office supplies. I have post-it notes to last me until the next century. I used to have hundreds of pens but I gave them all away to a school before they went dry. I love school supplies. New pencils, notebooks (oh, the smell of a new notebook!).

Oh, Freddie has started something new. She has been sleeping outside of doc's closed door while he sleeps every day. Now, around 7:15, when i am to wake him up the first time, she has started meowing this harsh little cry of despair. Vader was so concerned, he went down the hall to check on her and lead her back here. He's a good brother. But she doesn't meow. I guess she found a reason besides blue sparkly ball to find her voice.

The Castle re-runs have started over at the first season again. Ugh. This is getting NCIS-like with me. There's an episode of Castle, "Headhunters" with the Baldwin guy who was on Firefly with Nathan Fillion (Castle). I don't know what season or number it is, i have to go on a fan site and look it up. the wonders of the world wide web.

My tooth hurts. i've been grinding my teeth in my sleep and making the whole thing worse. i'm down to a liquid diet of nutritional supplements. doc found some that taste like Cocoa Puffs, so that's pretty cool. I'm also smoking fewer cigarettes. We saw this commercial of this guy with only a few teeth saying it was smoking that did it to him. So Doc asked that I cut back. He doesn't realize there is no saving what teeth i have left. i haven't told him how all of them that aren't crowned have cavities in them. one in the front is loose. a couple of weeks ago, one broke off at the gum line. luckily, it had died already so there was no pain. i imagine that would have been really painful with a live root.

Chewy tried again to get out. He tried digging under the fencing but doc had put a pile of bricks on the other side so he couldn't.

Oh, Teeny, i can tell by the sounds, has retrieved another cork from the top of the paper towel dispenser. she grabs them as quickly as i take them away from her. i only take them away because she gives them to Chewy and he makes a complete mess with them. and who knows how much cork he swallows.

my sproutlings are getting tall. and not choking each other out yet. i fear mass destruction, like the cilantro. doc just looks at the planters and repeats quietly, "They're so dense."

I vacuumed tonight. do I want to clean the kitchen, too? or do I want to do that tomorrow around 8? tomorrow. something to keep me busy so i don't sleep through the morning. 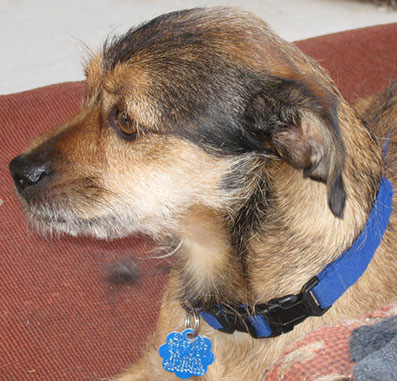 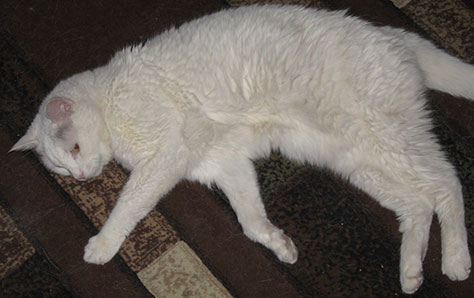 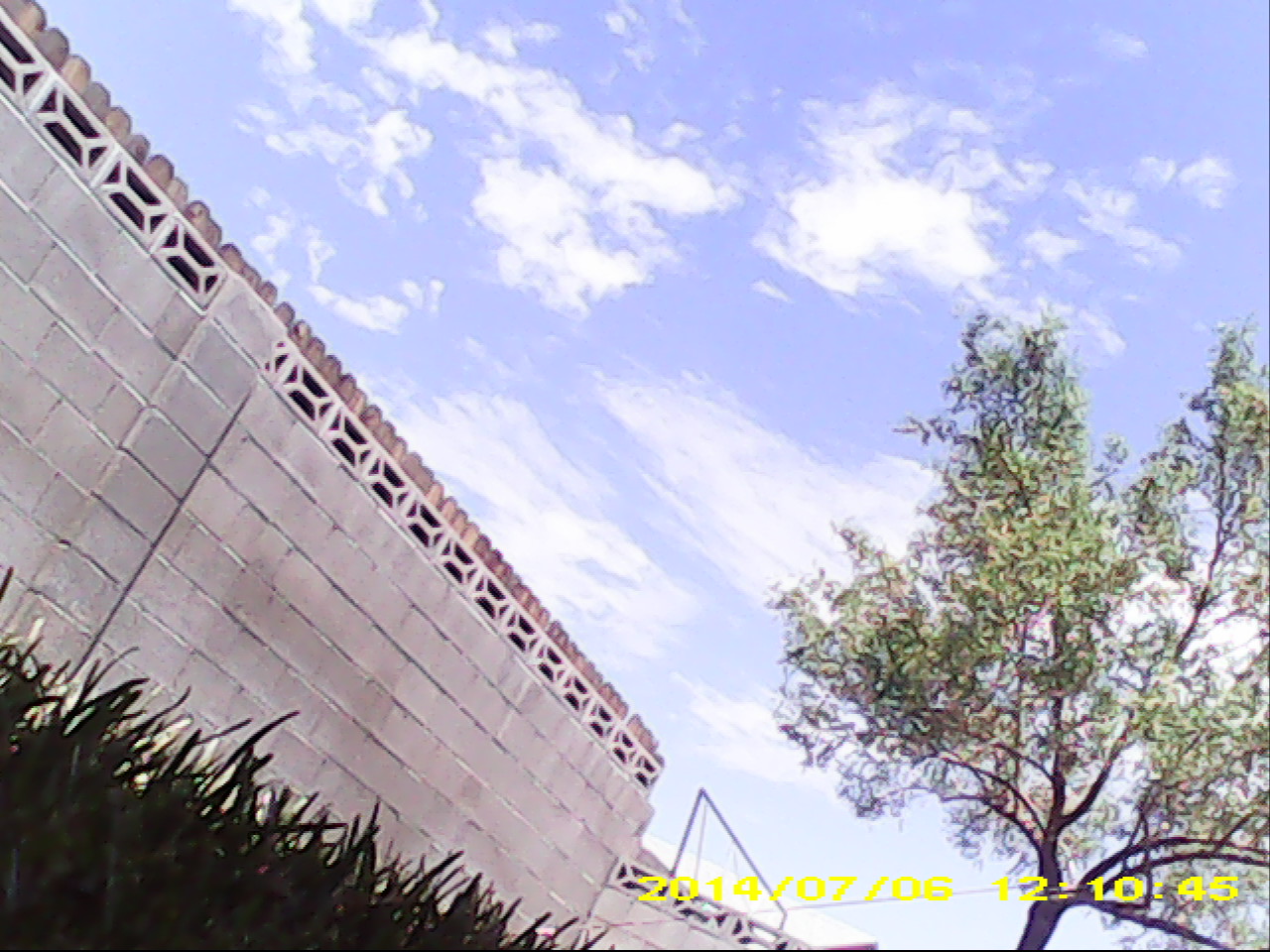 Evie's View of the World
Collapse