oh, too late! one came to my door this morning. when the fedex guy got here and rang the doorbell, i looked at his bundles. he had a smallish box that looked heavy and a larger printer box that didn't look so heavy. i thought to myself, "more goodies from my Tech Fairy, i wonder what he sent me in a printer box,". well, that's where it gets funny. turns out, he sent me a PRINTER in the printer box. and the smallish box was backup ink and more photo paper.

i'm sure i don't know what i did in life to deserve such a gift as the Tech Fairy. but i'm not going to argue it.

okay, i'm done playing for now. i've printed out a bunch of photos. they look great. i love my new printer. later i'm going to go searching for coupons to print out for grocery shopping. and i have to burn Burn Notice for Kelli, so now i can make really cool labels with Michael and Sam and Fiona on them.

only 6 years after they broke up, i found and fit into my Fabulous Disaster tshirt. i should start a thing where i promote bands on the cam by wearing their shirts and posting their URLs. they get free advertising to a worldwide audience and i get free tshirts.

doc's schedule is changing monday. he goes in an hour earlier and gets home an hour earlier. no problem. he stayed on night shift because we agreed he doesn't need the aggravation of the office politics and catty, bitchy women management on day shift. he was too unhappy with his job when he had to deal with those bitches. and he was the only guy on his shift, so they completely tortured him. there's none of that on the overnight shift, plus he gets to talk to people from all over the world instead of just North America.

i just texted doc the ID numbers for the two female kittens. i'm curious to see which one picks him. i'm glad he's taking the truck to go pick her up instead of the scooter. Major still hasn't gotten over the trauma of the scooter ride home. though he made it worse by chewing through his box and peeking out at traffic. silly kitty.

i think i've had enough coffee for the day. i'm actually jittery.

it's leather weather today. chilly and windy outside. the sky is a bright cloudless blue. it looks nice outside, then you go out and say, "brrrrrr".

Tulip is ours. Doc paid for her and we pick her up tomorrow. they are going to spay her today. so she'll have a bald tummy when we get her. and maybe a cone of shame to stop her licking her incision. doc is sad, he says he feels like he's giving up on Jack coming home. i told him no, i was saving a place for jack in our family. this is the last cat we can get, because with Jack, we are at my self-imposed cat lady limit. so one more night in the cage for her, but she'll be all drugged up and will likely sleep through it all. tomorrow when we pick her up, she should be over the anesthetic and nice and perky.

i would get everything ready, but it really already is. everything is clean and filled and put away and ready for her. we may have to put food down in doc's room for her, i don't know if she'll be able to jump up on the feeding cabinet until the incision heals. the catnip is out and the toys are all cleaned up and put into the bed, since the cats don't seem to use it as a bed, it's a toy box now. and she might have to use the litter boxes either in doc's or my room because the main litter box has really high sides.

okay, off to play with my printer more. i want to print some labels for some recently archived and used DVDs. 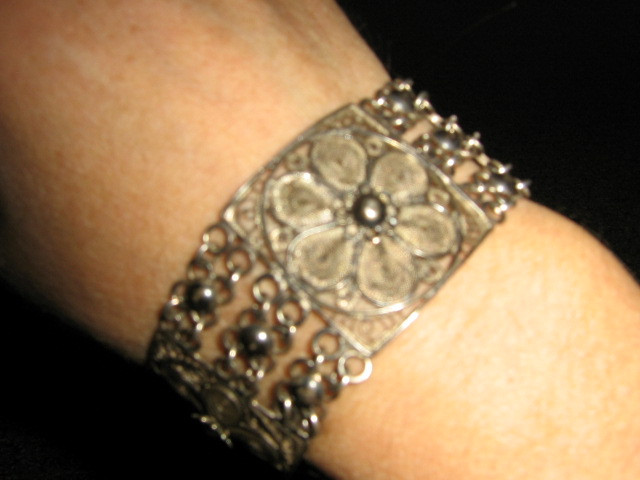 even though it's blurry, you can still see how exquisite it is.
Collapse